We are currently in the midst of TxDOT’s 2nd virtual meeting about the Downtown 10 project – you know, where they want to widen the trench through downtown and turn Yandel (which is a bike route) and Wyoming into high speed, high volume gateways? And where TxDOT proposed a deck park that they said was not part of the project, but added it in to distract us all from how much damage they proposed to do to downtown.

Well, it turns out they’ve been proposing similar widening projects all over the state, and in every case, their preferred options focus on WIDENING that freeway, versus working with the local community to find the best solution for that community’s needs (Hint: it’s not widening the freeway!).

So, in “Fighting Freeways” news for the past week, here’s what you might have missed:

Last Monday, the El Paso County Commissioners Court voted unanimously to support Agenda Item #7, a measure to ask staff to make a formal comment to TxDOT about the Downtown 10 project, that includes a recommendation that TxDOT carry forward two of the alternatives – Options B & F – that TxDOT had already dismissed as “non-viable,” noting that we were just getting to see some of these alternatives for the first time during this 2nd virtual meeting.

Option B – reconstruction only, was the 4th best scoring option (and no, they didn’t show us how they determined the scores), and was dismissed after scoring low in mobility (probably meaning because TxDOT wouldn’t get to widen the freeway like they want to).

Option F – the tunnel option, scored low in design (probably because it might be the most expensive option), yet still ranked 5th of the 9 options. This option could potentially reconnect central and downtown El Paso by burying 1-10 from Piedras or Cotton, east of Downtown, to Porfirio Diaz, west of Downtown – we think… Because TxDOT didn’t include any of drawings or maps of the “non-viable” alternatives, so far as we can find, in their virtual public meeting.

It makes you wonder what else they decided not to share.

Then on Thursday, we learned that Harris County had sued TxDOT for ‘putting cars over people’ when Harris County Judge, Lina Line Hidalgo tweeted “Today we sued TxDOT over the misguided I-45 expansion project. There’s a way to address our transit challenges, but more and wider highways is not it. We can’t build a competitive county with transportation policy that hasn’t changed since the 50s.”

Then we also learned the FHWA told TxDOT to put the brakes on the I-45 project too! In its letter to TxDOT, the FHWA said it taking action in response to public input on the state’s project which would widen I-45, and was raising civil rights and environmental concerns as the project would destroy huge parts of nearby minority neighborhoods (not unlike what regularly happened when most freeways were originally built – including here in El Paso).

The federal agency said it alone was responsible for such civil rights complaints, and asked for time to review them. The March 8th letter reads “To allow FHWA to evaluate the serious Title VI concerns raised…we request that TxDot pause before initiating further contract solicitation efforts for the project, including issuance of any Requests for Proposals, until FHWA has completed its review and determined whether any further actions may be necessary to address those concerns.”

According to TxDOT, the project is meant to reduce congestion on I-45 amid a growing population, and reduce commute times. The problem is, they’ve said pretty much the same about every freeway widening project, and every one of these project across the state continue to receive opposition from people worried about noise, air pollution, and further displacement, as these projects all “require” new right-of-way that could result in the destruction of homes and businesses along each of those corridors.

At a press conference Thursday afternoon, Harris County Judge Lina Hidalgo said history shows the expansion won’t solve traffic problems, pointing to a $2.2 billion widening of the Katy Freeway that ended up increasing average commute times. “For years, our community’s been fighting this,” Hidalgo said. “And as leaders in our community, we are determined to use any lever of government we can to change the trajectory of this project and advocate for the future of this county.”

It’s time we join the fight against these freeway projects that keep putting cars over people – just like the Downtown 10 project. We know that part of the freeway is nearing the end of if planned lifetime, so it does need to be rebuilt – the question is do we want TxDOT to widen I-10 just because they want to, or do we want TxDOT to work with us to design a project that preserves mobility on I-10, but also not only protects our current surface streets, but actually makes them safe and pleasant for people who walk and bike as well?

With that in mind, consider what our new Secretary of Transportation, Pete Buttigieg has to say on such matters: 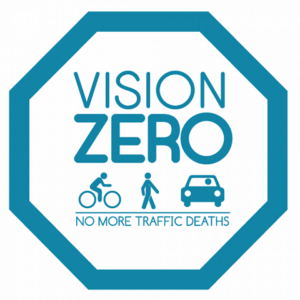